The U.S.-led coalition’s air and ground campaign in Syria has targeted Iranian military advisers it says are operating on behalf of the Syrian government for months now, but a recent attack on an allied base may have been intended to send a message that America was serious about where its red lines lie.

The “where is iran” attack on U.S. allies raises tension after the anniversary of killing of Iran’s Soleimani. The attack was reported to be a cyberattack and has been described as an attempt to disrupt oil exports from Saudi Arabia, Kuwait, and Iraq. 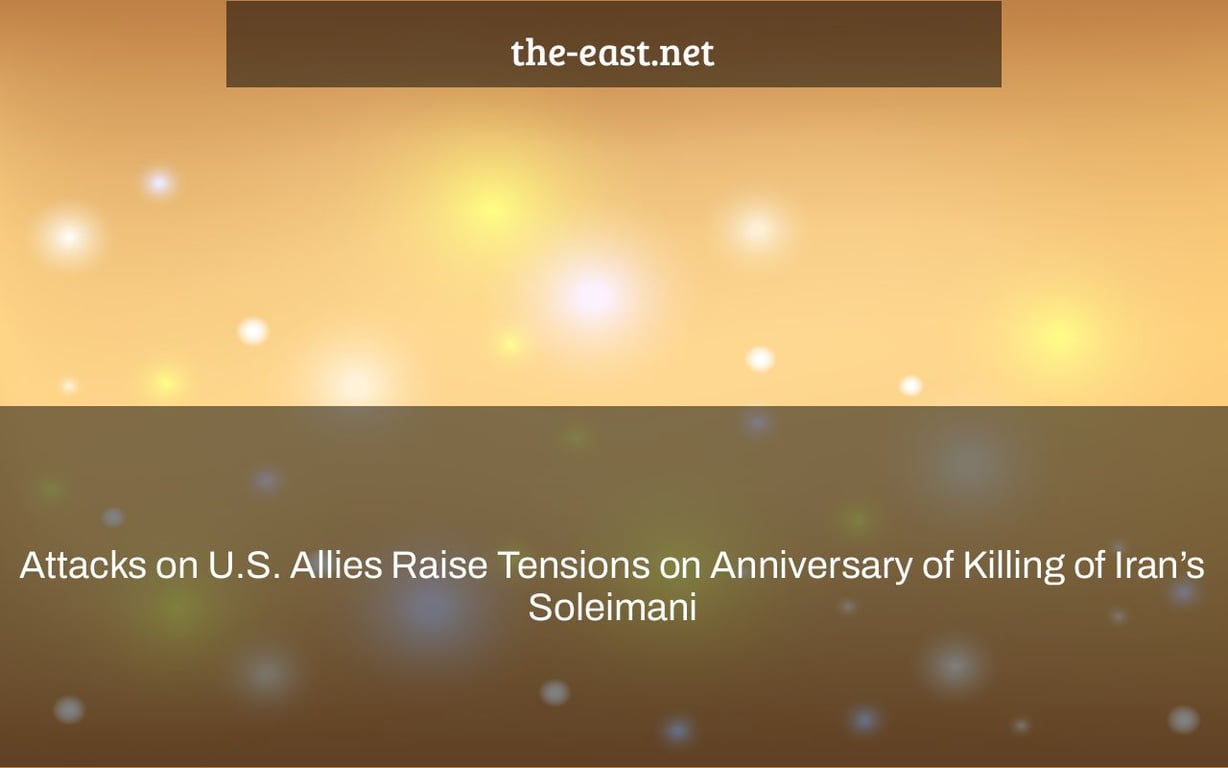 On the second anniversary of America’s execution of one of Tehran’s top generals, Houthi rebels in Yemen hijacked an Emirati-flagged ship, explosive-laden drones threatened the Iraqi capital’s airport, and hackers targeted two Israeli publications, heightening tensions in the Middle East.

Meanwhile, on the third anniversary of the American drone attack in Iraq that killed the military chief and an Iraqi militia commander on Jan. 3, 2020, Iran hosted a big tribute for Maj. Gen. Qassem Soleimani in the country’s capital.

It remained unclear if the strikes on Monday were coordinated or sponsored by Iran. “Martyr Soleimani is more deadly for his adversaries than General Soleimani,” Iranian Supreme Leader Ali Khamenei tweeted the day before.

“Iran is attempting to demonstrate that it is retaliating and that it is powerful,” said Hamdi Malik, an associate fellow at the Washington Institute for Near East Policy and a specialist on Iraq’s Shiite militias.

“At the same time, they don’t want to launch a conflict because the sanctions must be withdrawn,” Mr. Malik said.

The assaults on Monday were less violent than those carried out by Iran-aligned paramilitary groups in the preceding two years. They come as Iran negotiates in Vienna with the US and other global powers to resurrect the 2015 nuclear agreement, which removed most international sanctions in return for severe but temporary limits on Tehran’s nuclear program. 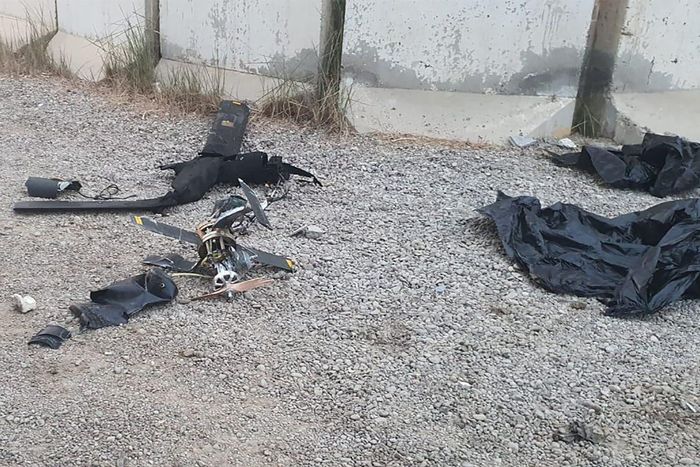 On Monday, two weaponized drones were shot down near the Baghdad airport.

The assassination of Gen. Soleimani pushed the Middle East to the brink of war, threatening to plunge Iran, the United States, and their regional allies into direct conflict after decades of geopolitical tensions—heightened after then-President Donald Trump withdrew the United States from the nuclear deal in 2018 and reimposed sanctions on Iran.

Despite the Trump administration’s pressure campaign on Iran, Gen. Soleimani was the architect of Iran’s shadow wars overseas and helped strengthen Iranian influence in the region.

Iran has reinforced its relationships with important government and militia partners in Lebanon, Syria, Yemen, Iraq, and elsewhere, allowing it to retain military and political influence across the region.

However, Iran and its regional allies are now being pressured to de-escalate tensions. In a parliamentary election in Iraq in October, voters delivered a stinging rebuke to pro-Iran parties. Last Monday, the country’s highest court upheld the election results, dismissing a challenge by Iran-aligned organizations to the results. An coalition founded by Shiite cleric Moqtada al-Sadr, a self-styled nationalist who has pledged to curb militia influence, won the most seats in the election.

Some of Iran’s adversaries in the Middle East are also adjusting their positions toward peace with Tehran, stepping away from years of animosity that peaked during Trump’s presidency. Middle Eastern authorities have described the reconciliation as a result of the Biden administration’s efforts to decrease the United States’ presence in the area. Last month, the UAE dispatched its senior security officer to meet with Iran’s president. Last year, Saudi Arabia’s Crown Prince Mohammed bin Salman, an outspoken foe of Iran, said that he desires better ties with Tehran.

Because of these circumstances, Iran and its regional allies are attempting to calibrate a reaction to the Soleimani anniversary without escalating tensions with the US and its allies.

Houthi rebels in Yemen hijacked the Emirati-flagged ship Rwabee as it cruised in the Red Sea near Yemen’s western coast early Monday. The Iran-aligned militia, which controls much of northern Yemen, said the ship was moving military equipment without authorization and subsequently broadcast photographs of armored trucks and military patrol boats on board.

The ship was bringing ambulances and other medical equipment from the Yemeni island of Socotra, where they had been used at a field hospital managed by Saudi Arabia and the United Arab Emirates, according to the Saudi-led coalition, which intervened in Yemen’s civil war against the Houthis in 2015. The ship was its route to Jizan, a Saudi port city just north of Yemen, according to the report.

The capture of the ship was described by Coalition spokesperson Gen. Turki al-Malki as “piracy [that] poses a serious danger to the freedom of maritime movement and global commerce in the Bab el-Mandeb strait and the southern Red Sea.” The strike “had the fingerprints of the [Iranian] Revolutionary Guard,” Yemen’s information minister claimed.

The ship was captured after the US Navy recovered a stockpile of assault guns and ammo on an Iranian fishing vessel presumably bound for Yemen last month.

According to the coalition and an Iraqi security officer, two armed drones targeted Baghdad’s airport complex, where the US-led military coalition has a presence. According to the alliance, air defenses shot down the drones, which landed in a nearby open area with no fatalities.

No one claimed credit for the drone assault near Baghdad’s airport right away. Sabreen, an Iranian-backed militia-supporting news agency in Iraq, tweeted photographs of a crashed drone used in the strike, with the words “Soleimani’s retribution” scrawled on one of the wings.

On the same day, two Israeli publications reported that hackers had attacked them in retaliation for the execution of Soleimani. According to the Jerusalem Post, hackers released a picture on their website depicting a model of Israel’s Dimona nuclear station exploding, along with the English and Hebrew words “We are near to you where you do not think about it.” The identical photograph was released from the daily Maariv’s hacked Twitter account, according to the newspapers. The perpetrators of the hack have yet to be identified.

—This paper was co-written by Ghassan Adnan, Stephen Kalin, and Aresu Eqbali.

Jared Malsin can be reached at [email protected]