The Football Association will introduce an independent football regulator as part of a wide-ranging programme to improve the governance and transparency of English soccer.

The “fan-led review of football” is a new initiative that the government has taken in order to improve the state of football. The fan-led review will be independent and will have the power to make changes to how football is run. 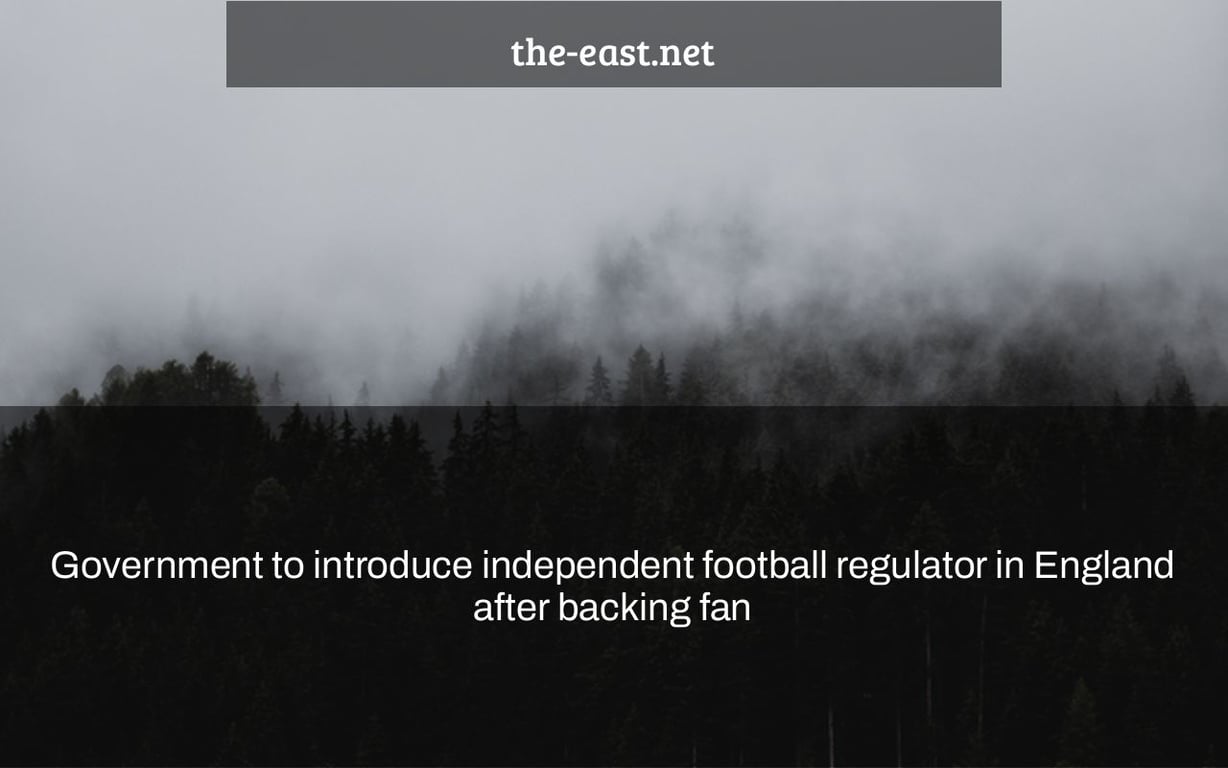 Throughout the Premier League, fans demonstrated against the European Super League.

After supporting proposals made in a fan-led assessment of the men’s game, the government announces it will create an independent regulator in football.

The regulator will have the authority to penalise English football teams who infringe financial or other laws.

A new owners test will be implemented, as well as laws that will allow supporters greater input in how the game is handled.

Last year, the study issued ten suggestions to the government on how to enhance football governance.

Following a series of high-profile crises in the sport, such as the failed European Super League and the bankruptcy of Bury FC, the assessment was conducted by former sports minister Tracey Crouch.

Crouch hailed the government’s approval of the study “a huge step forward,” but said that the lack of clarity about when the reforms would be implemented is “worrying.”

Although no specific date for enacting the reforms has been determined, the government has said that a white paper – policy papers that contain ideas for future legislation – would be released in the summer.

The new regulator will be supported by regulations that give it the power to penalize clubs and oversee their finances, allowing it to probe and acquire data.

It will also use the new “improved” owners’ and directors’ exam, which will replace the Premier League, Football League, and Football Association’s present tests.

This comes on the heels of Roman Abramovich’s continuing sale of Chelsea facing government penalties, as well as a Saudi-backed acquisition of Newcastle United in October 2021. Amnesty International UK criticized both ownerships.

The new test will be used before and after the purchase, as well as on an ongoing basis.

It will feature a new ‘integrity test’ for owners and executives, as well as more thorough pre-purchase inquiries, including financial sources.

“I am delighted that [the government] has agreed or backed all of the review’s strategic recommendations, including committing to legislation for a statutory independent regulator to oversee financial resilience and club ownership,” Crouch said in a statement to the PA news agency.

“This is a huge step forward in offering much-needed football reform.”

Crouch believes fans would embrace the improvements, but she is concerned that “vested and conflicting interests in the game, which have opposed the much-needed reform for so long” may postpone or dilute them down.

“Any more delays might be disastrous for clubs, communities, and fans who are looking for a more stable and predictable regulatory environment,” she continued.

The government claims that their white paper will outline plans for “a greater role for fans in the day-to-day running of clubs” as well as ensuring that fans have a “bigger say on changes to their club’s stadia, logo, name, and kit via a ‘golden share,’ in order to protect clubs and the central role they play as vital community assets.”

The white paper will also focus on increasing diversity and equality in club boardrooms.

However, the government said that “in the first instance, issue should be resolved by the football authority.”

“It is noticeable and frustrating that no progress has been made in conversations amongst football authorities on financial redistribution, and I share the government’s position that this needs to be addressed as soon as possible,” Crouch said.

“What we need now is a definite timeframe for reform,” Fair Game, a campaign organization, stated in response to the government’s statement.

“There can be no more dithering or delay,” Fair Game said, adding that it was “disappointing that there is no mention of a new foreign transfer tax at first sight.”

“Football is nothing without its supporters,” Culture Secretary Nadine Dorries said, “and for far too long, the football authorities have collectively been unable to address some of the game’s most serious concerns.”

“The government took immediate action to undertake the fan-led review, and we have now backed every single one of its 10 strategic proposals, as well as Tracey Crouch’s approach.”

‘A watershed event in the sport’s history,’ says the analyst.

The Premier League warned MPs last month that it was adamantly opposed to the creation of a statutory independent football regulator, so this will be viewed as a big setback for the country’s top teams, as well as a watershed moment in the sport’s history.

The Premier League had intended to convince governments to allow the FA serve as regulator despite the turbulence caused by the failed European Super League, scandal over the Saudi ownership of Newcastle United, and financial disaster at Derby County.

However, the instability at Chelsea with the sanctioning of Russian owner Roman Abramovich may have been perceived as one too many footballing crises, and the government may have been compelled to support Crouch’s primary proposal in her ‘fan-led study.’ Many of those who have been pushing for drastic change will be pleased by this, as well as the promise to more supporter participation.

What is unclear is whether the strengthened owners and directors test that the regulator will supervise would have averted any of the club takeovers or financial troubles that have plagued the game in recent years, as well as when it will be completely implemented.

Not all of Crouch’s demands have been met with enthusiasm. She also suggested that Premier League teams pay a “solidarity transfer charge” to help sustain and share riches within the game. But, for the time being, the government has delegated this responsibility to the football authority.

The Premier League will undoubtedly be relieved, while Football League teams will be disappointed, as they may see this as a wasted chance to balance football’s financial environment.

The “premier league table” is a ranking of the teams in the English Premier League. The government has announced that it will introduce an independent football regulator in England after backing fans.

How to Make a Shortcut on Snapchat?