Activision-Blizzard is claiming that in a recent email to a commenter, Raven Software has “listened” and will be extending the strike into its third week. This comes as Activision-Blizzard further claims they have sent out emails asking employees not to join or support the unionization efforts of their workers.

Activision-Blizzard has been in the news a lot lately with its strike against Raven Software. The two companies have been fighting over Activision’s decision to change how it manages and releases games. 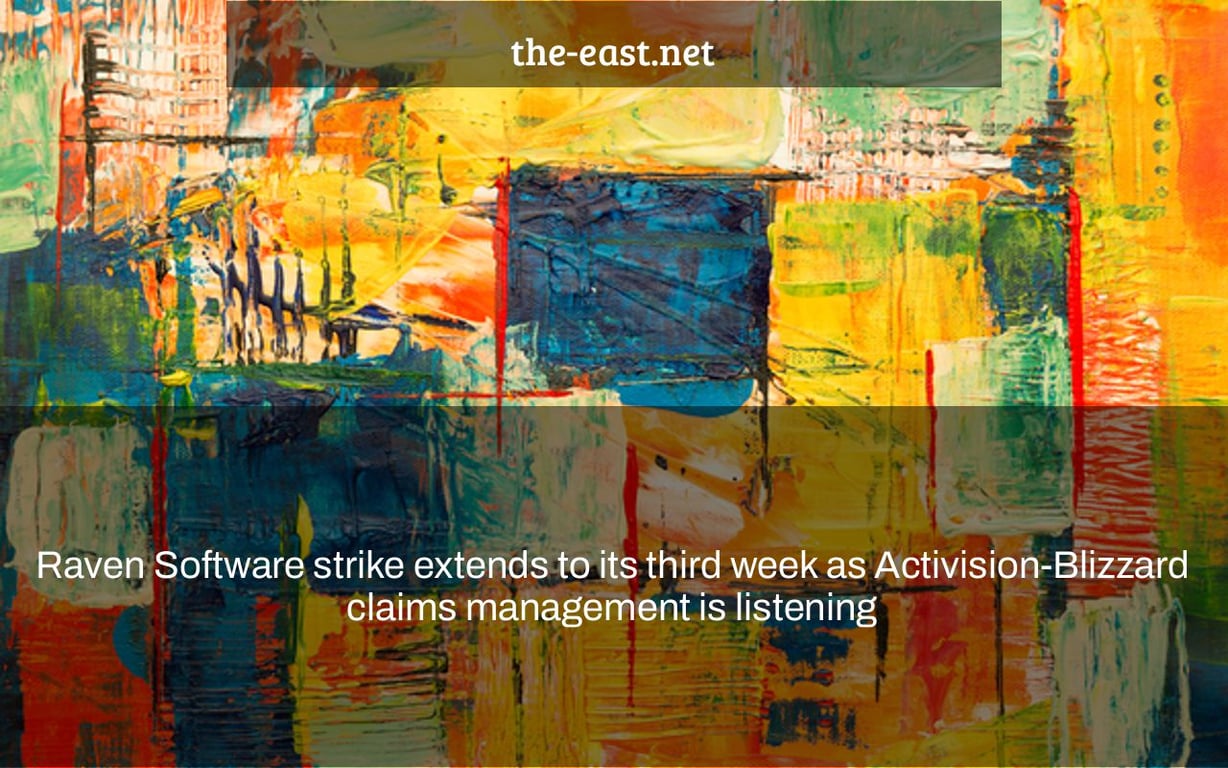 The Raven Software employees have been on strike for the third week, expecting a response from Activision-Blizzard management. Raven Software is responsible for multiple Call of Duty products, including Call of Duty: Warzone. The entire incident started when a dozen QA staff were fired with no notice during a profit surge. The workforce is now on strike, and in the absence of contact from senior management, strikers have issued a letter listing their demands.

Activision sent the following statement to GamesIndustry.biz: Blizzard claims that Raven Software management was in contact with the strike’s leadership and that individuals who were let go were given plenty of warning before losing their jobs. Readers with keen eyes will notice that this does not truly address the issues mentioned in the strikers’ letter, implying that the strike would at least continue to a fourth week at this late hour.

Employees throughout the firm are striking in solidarity with Raven QA for the third week in a row in reaction to sudden layoffs. Raven QA wrote the following letter earlier today after receiving no response from our leadership. pic.twitter.com/e9AjbpuiJN #WeAreRaven

Due to a lengthy run of controversies in the MMO and gaming field over the past several years, including the Blitzchung boycott, huge layoffs, labor issues, and executive pay controversy, Activision-Blizzard is regarded a problematic corporation in the MMO and gaming industry. The company was sued by the state of California last summer for fostering a work environment that was riddled with sexual harassment and discrimination, and the company’s disastrous response has only added to Blizzard’s ongoing pipeline issues and the widespread perception that its online games are on the decline. Employees are on strike and demanding Bobby Kotick’s resignation, prompting many state and federal organizations to investigate the corporation.

Horizon Call of the Mountain PC Release Date – What to